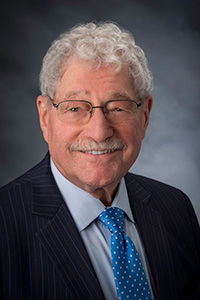 Eugene Crane has been practicing law since 1954. Mr. Crane has represented debtors and creditors in reorganization and bankruptcy proceedings in and out of court. His experience in developing plans of reorganization, litigating claims, cash collateral orders, and contested actions in Chapter 11 and Chapter 7 cases has resulted in successful business and personal recovery.

Mr. Crane was a member of the Panel of Trustees for the Northern District of Illinois and has acted as bankruptcy trustee in thousands of cases. Among other offices held, he is a former Chairman for the Trustee's Advisory Council in the Northern District of Illinois and a former Chairman of the Committee on Bankruptcy and Reorganization for the Chicago Bar Association. He is also a former member of the Board of Directors, and past President, of the National Association of Bankruptcy Trustees.

Mr. Crane received training in negotiations and mediation at Harvard University Law School and has been involved in the development of a mediation panel for the Bankruptcy Court for the Northern District of Illinois. He has been appointed as a Special Commissioner by the United States District Court and as a Receiver by the Circuit Court of Cook County, Illinois and the United States District Court. Other honors include Mr. Crane’s selection as a Laureate in The Academy of Lawyers of the Illinois Bar Association.

In addition to his more than 40 years of practice in the fields of Insolvency and Bankruptcy, Mr. Crane has participated in the 1964 Mississippi Freedom Summer, where he represented civil rights workers and locals, and in the congressional challenge against the seating of Mississippi delegates to the 1964 Democratic National Convention. Mr. Crane also was responsible for developing and writing a pre-paid legal service program for the Amalgamated Clothing Workers’ Union, one of the first pre-paid legal service programs of its kind in the United States.