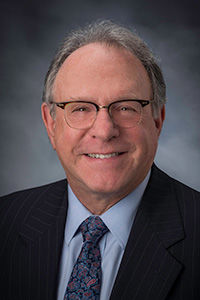 John H. Redfield has been practicing law in the State of Illinois since 1976. Mr. Redfield is a certified public accountant and holds a Masters Degree in taxation from the DePaul University College of Law. Since 1976, he has concentrated in bankruptcy, including the representation of debtors in Chapter 7, 11 and 13 cases. He has also represented creditor committees, landlords and secured creditors. In addition, Mr. Redfield has prosecuted and defended numerous preference, fraudulent transfer and dischargeability cases — including appeals. He has represented taxpayers before the United States Tax Court and the Internal Revenue Service. He also acted as a tax consultant for corporate, personal and estate tax planning purposes.

Among other professional roles, Mr. Redfield was a law clerk for a United States Bankruptcy Judge and assisted the Judge in writing legal opinions. He was appointed as trustee by Bankruptcy Judges under the bankruptcy act and served on the panel of trustees after the passage of the bankruptcy code. He was the bankruptcy trustee of Rosen’s Bakery, Inc., and Couzens Warehouse, Inc., which were two of his larger trusteeships. He also operated businesses as a trustee under Chapter 11.

Mr. Redfield has been a speaker for the Practicing Law Institute and the Illinois Institute for Continuing Legal Education (“IICLE”) and has lectured on bankruptcy law before numerous trade organizations.